Blog
Lancaster Transplant / Happenings / Losing Yourself To the Music
Mar 27 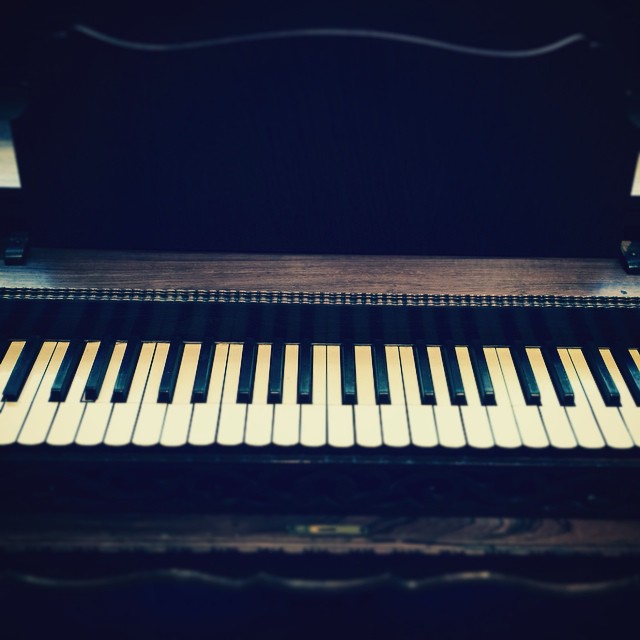 Losing Yourself To the Music

There were a few moments at the recent Allegro Chamber concert that I thought I saw conductor Brian Norcross lose himself to the sheer joy of the music surrounding him.

He wasn’t the only one.

Allegro Chamber Orchestra performed on Friday, March 13 at the Ware Center Atrium. The 17 musicians stationed themselves in the center of the atrium with the audience surrounding them and my partner Alaina and I had front row seats.

My father introduced me to classical music. His love of Beethoven, Chopin and Bach knew no bounds. One of my first memories was catching him direct Beethoven’s 9th Symphony in our living room. He stood in front of the record player, eyes tightly closed, wearing a smile of pure delight as he conducted the London Symphony Orchestra.

So thanks to Dad, I knew that if you were going to fully enjoy the Brandenburg we needed to be near the flutes. Norcross, conductor and musical director of Allegro, explained that when Bach introduced the Brandenburg Concertos in the early 1720s they were so difficult to play that most musicians at that time wouldn’t touch them for fear of looking bad. No pressure for Allegro. These musicians ably took up the complex first movement, filling the atrium with its delicious and complex harmonies.

I know you are not supposed to applaud until the entire concerto is complete (No. 4 has three movements), but I was so moved at the close of the first piece that I nearly interrupted the performance to applaud. Luckily I stopped myself from making that major faux pas.

Next came Barber’s Adagio for Strings, a haunting piece of music that builds to a towering crescendo so hair-raising that anyone with a pulse in the room could not help but feel pushed to the edge of their seats. Let me get nerdy for a second. What makes it exciting is that at some point Barber abandoned the bass cleft forcing the cellos to jump over to the treble cleft. For those who don’t know much about music, it means that the music becomes really intense and shooting, with an air of burning desperation, and very loud.

For me, that’s the way classical music is supposed to be played. Loud! Fortissimo! It provided the height of the concert.

Norcross and Allegro have made it clear that they aren’t interested in the stuffy reputation classical music has gained in the past. The music they are playing is heart thumping and loud, angsty and pressurized. Remember that without Mozart, Beethoven, Bach and their kind, you wouldn’t have the Beatles, the Stones, or Cobain.

Allegro is a gift to Lancaster’s music scene. It offers Music in the Round only three times a year at the Atrium as a break from the traditional concert hall. Sitting only a few feet from the musicians gives you an entirely different feel for the music. You can see the stress on their faces and experience their emotions as they struggle with the density of the Bach or the exhilaration of the Barber. You are there, inside their music, with them.

There will be plenty of chances to hear Allegro perform this year, including on June 21 concert, part of the Long’s Park Summer Concert Series. Before then, the Allegro Youth Chamber Orchestra is performing on May 3, and Allegro kicks off its Summer Series at the Ware Center on June 13. To see Allegro’s schedule, visit their web site.

I’m getting ready to buy tickets for their July 11 performance of Beethoven’s towering 5th Symphony. My dad will be in town for that and I’m hoping he lets Norcross do all the conducting.