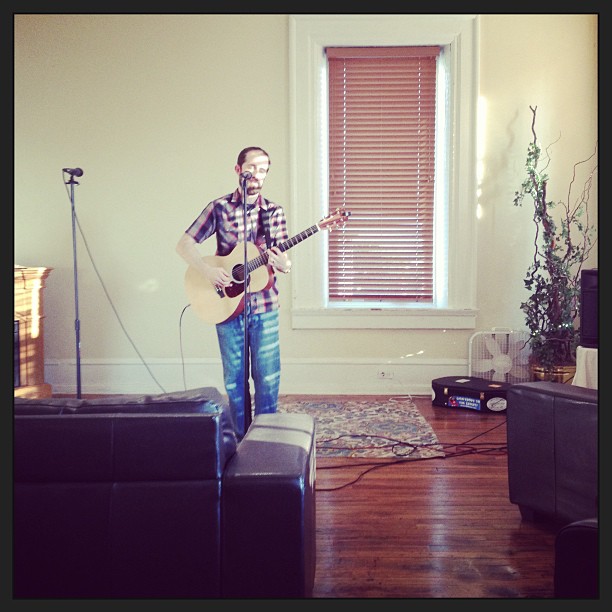 I come from a land that is largely rural, where cornfields & Amish farms dominate the landscape, and you may happen upon a city occasionally.  But I don’t come from Lancaster County – rather, I was born and raised in northern Indiana, on the outskirts of a city called Fort Wayne.  Several states have served as home for me since the day in 1994 when my family packed up and moved to North Carolina, but none have felt as much like home as when my wife & I became Lancaster County residents in 2007.

Aside from the geographical comparisons – honestly, looking at northern Indiana & central Pennsylvania is nearly the same, save for the fact that the northern part of the state of my birth is practically devoid of hills – Lancaster County also feels like home because of the sense of community that I’ve found here, especially among my fellow creatives.  Much has been said and written about Lancaster’s arts renaissance, and rightfully so – considering that the city is home to First Fridays, Gallery Row, Launch Music Conference, and at least half a dozen house concert series.

Lancaster’s creative scene is burgeoning, rivaling that of cities much larger.  But what I think sets Lancaster apart is the attitude among the musicians, artists, and venue hosts toward each other.  At the risk of using a cliché business term, there is a synergy here.  I’m a singer-songwriter, and numerous times I’ve attended a house show or other event and met other musicians and uttered the words, “We should play a show together!”  I’m happy to say that when people say that, the proposed shows often come to be reality.  Musicians often come out to each others’ concerts, when their schedules allow, and band members from one band often sit in with other bands.  Music fans often become venue hosts, as is the case with Josh Gibbel’s Live From the Cellar, Jason & Janae Allgire’s Ruby Red House Concerts, Marla Kipp’s Green Room, and Jason Mundok with Wood Stove House. Podcasts like David Moulton’s The Lancast, help spread the news and perpetuate the scene.  The aforementioned Launch Music Conference each April condenses all of the community goodness into one unbelievable weekend in a setting that feels like a less chaotic, baby South By Southwest Festival.

All in all, it feels like Lancaster is cooperative rather than a competitive community.  When I see a fellow Lancaster artist is slated to play a high-profile gig or hear a song by a fellow Lancaster-based artist on WXPN, I feel happy for them, like they’re a member of the same family.

And that encourages me to sharpen my craft all the more.

Listen to Matt on Bandcamp.