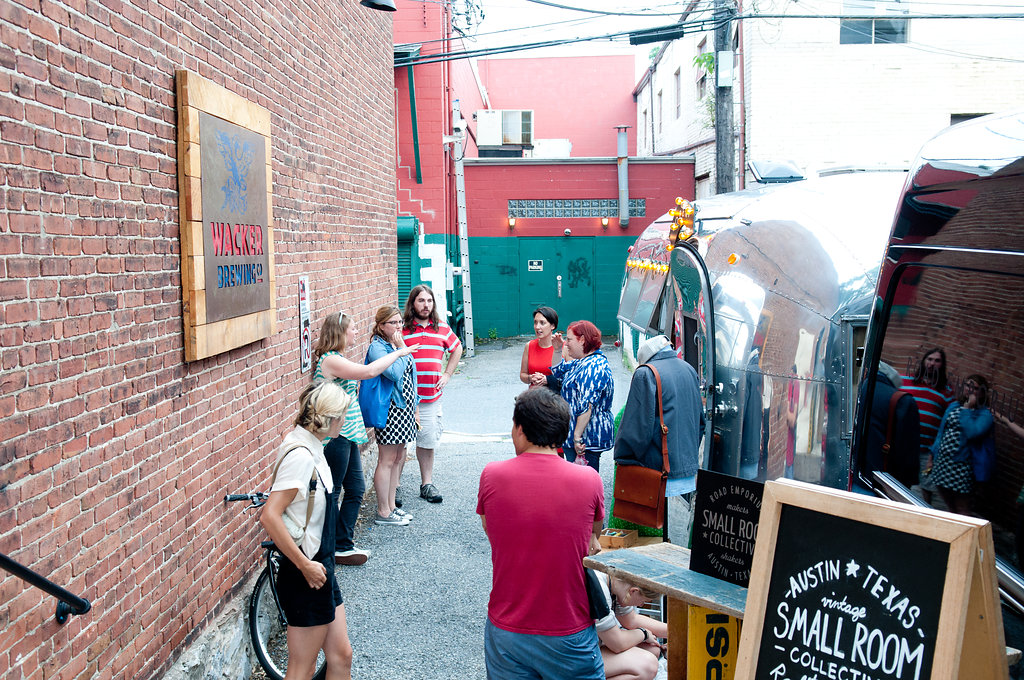 I cannot even begin to express the joy that came over me last Thursday as a large, black van rounded the corner of Grant St. and Charlotte. It had been many months of planning, phone calls and emails, and here they were, about to park at one of my favorite places and to join me in what was next in my Transplant journey.

Some months ago I had been perusing Instagram, found a cool website I liked, then clicked, clicked again and clicked some more. And there they were, my kindred spirits, these rambling souls, an airstream trailer that traveled to various cities all around the country. I emailed them an invite to Lancaster, crossed my fingers and hoped for the best.

Three months later, they were on my doorstep. Travis pulled up with a wave, Lauren opened the van door and we smiled and hugged. George gave me a friendly bark as the sparks started flying. They were here at last.

We began to set up our various displays; the Transplant teepee, George’s doggie bed, bits of this and that. We discussed Lancaster and its dynamics, Transplant and its concept, Small Room Collective’s start, and living in various cities around the world. The fairy lights were twinkling and the stage was set for a great party, a fantastic celebration and a taste of what will be to come.

The Transplant Team (Diane, Michael, Shaun and I) huddled together in a pre-celebratory embrace. We were doing it. We were finally launching our Membership program, something we had discussed for months and finally felt the timing was right. The packets were stuffed, the cards laminated, and the good vibes were ready to go. We were ready.

I wasn’t sure what to expect, but I knew it would be good. We set up the teepee, Thistle Finch and Wacker welcomed us with open arms and the Small Room Collective brought the (good vibes) to Lancaster. Each person began to trickle in, new faces and old, some who had followed us from the beginning and were finally able to attend their first event..

At first people were tentative to go inside Bob, the trailer. (Bob Maplethorpe is the airstream’s namesake.) “It’s bigger on the inside,” I told them, chuckling at my Doctor Who related joke. But it was; it was quite magical, with each item displayed with care, beautifully balanced with artwork, goods and jewelry. I could have stayed forever, but there was more mingling to be done.

I never anticipated how this venue, these people and these vibes would create a mini-mixer, much like the first one we had done at Sunshine Art + Design. People talked all night long, I saw connections being made right in front of me. New friends made their way into the teepee to take a break from the music and the buzzing around them. New members joined us, five to be precise, and one member picked up his completed Welcome Packet with a smile on his face.

As the evening drew to a close, I knew one thing to be true: This place and these people are some of the finest I’ve met in my life. It was magical and all it took was getting some like-minded people in one place, in one space with the intent to discover, connect and enjoy the evening…together. 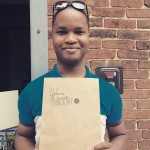 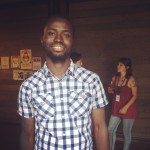 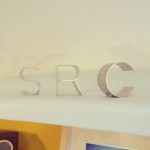 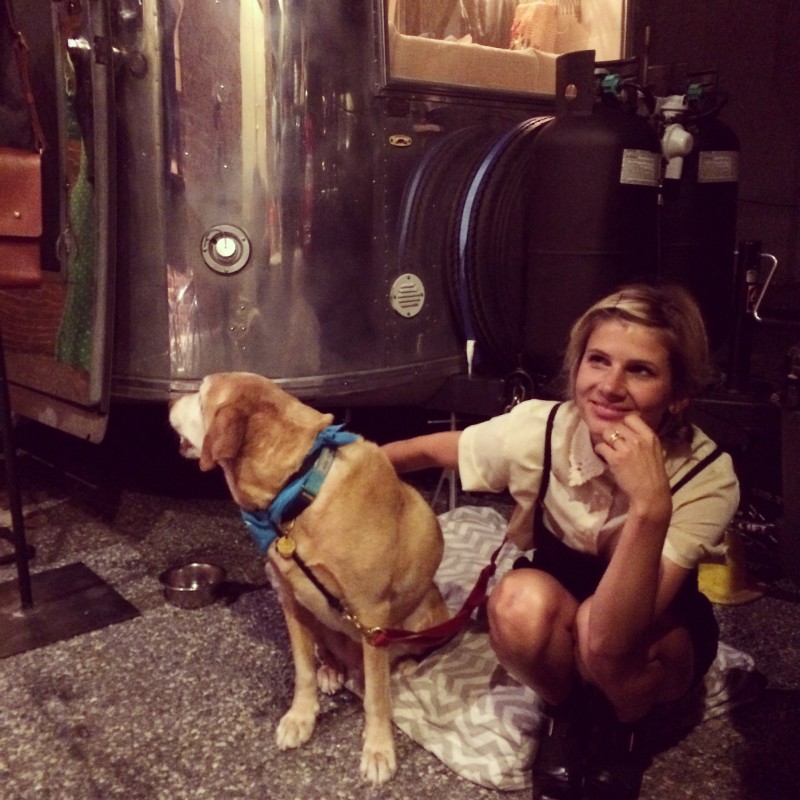 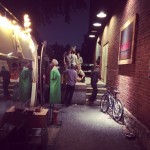 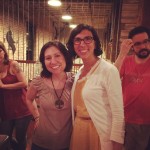 Big amazing hugs and kisses to our partners for the evening Small Room Collective, Thistle Finch Distillery and Wacker Brewing Co. We absolutely could have not pulled this off without their help! Also love to Nikki Weems Photography for capturing the night.