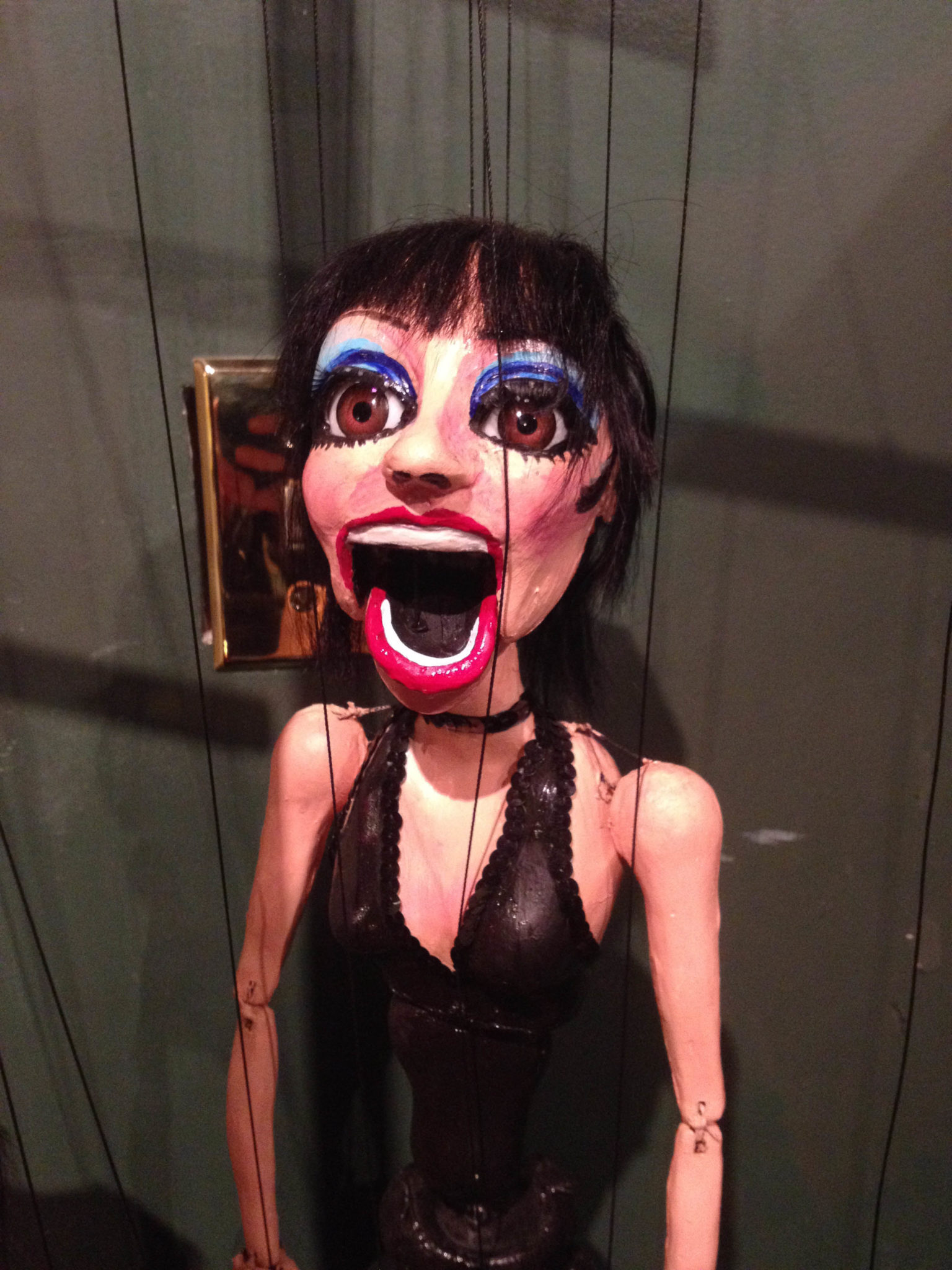 This past weekend, we took a Transplant Field Trip to venture into the unknown…The Hole In The Wall Puppet Theatre. This is a place I have heard about, passed on foot and by car numerous times and just plain wondered what went on behind closed doors. The theatre is a place that time forgot, laced with gold and layered with detail. A victorian-style room with 50 seats, perhaps the smallest theater on earth or so I imagined. Rows of red, velvet seats looked upon a stage framed with whimsically painted castles.

I moved towards the ticket window after placing my coat down in my seat. While checking in, a charming couple smiled as one of them crossed my name off the list. He explained to me as he did so that they were both Transplants of 20 plus years. He then directed me to where the backstage tour was about to begin.

We all gathered around Robert Brock as he told the about John Durang, the first American-born professional actor, dancer and puppeteer, and the namesake for the puppet museum we currently occupied. The walls were adorned with puppets of all sorts, including some recognizable faces and characters: Liza Minnelli gaped at me, jaw open and mocking, the Cowardly Lion hung quietly alongside his friends and Bert and Ernie looked at us from behind glass.

Brock’s workbench was tucked into a corner. Carefully sculpted heads and arms and bits of puppets were laying in wait upon his bench. I was taken by the care in which he took to create these characters, each one taking almost 50 to 60 hours to complete. Some he said, had forms that could be used from one puppet to the next, but others had to be built one by one. As he took us backstage, I found myself surrounded with puppets, poised and ready to come alive. Peter Pan, Aladdin, pirates, camels and a genie. So many hours spent in a lifetime creating these little characters, these little lives.

After the tour we took our seats. I was excited to watch the tale of Sleeping Beauty performed by Brock and his cheeky marionettes. The story I knew by heart, mostly from the Disney movie of the same name. The performance lasted 35 minutes on the nose. It was like the best child’s movie I had ever seen, laced with adult humor, fantastic song and expertly choreographed movements. I completely forgot about the man behind the curtain and instead watched the glitter come down, the lights go on and the puppets move this way and that.

At the end of the show, I wished I had a bouquet of roses to throw upon the stage. I felt inspired, I felt excited about this little “hole in the wall,” this eccentric little place with an eccentric puppeteer. There were sparkles and fairies, there was song and dance. I left wanting to the sing the praises of this little-known artform, of “Lancaster’s Best Kept Secret.” I left wanting to attend an adult show, wanting Brock to reveal his persona even more, to fill the stage with what no doubt would be characters larger than life.

Visit The Hole In The Wall Theatre Website
Watch a video about the Founder and Artist Director, Robert Brock

We’re off to see the Wizard.

The show is about to begin.