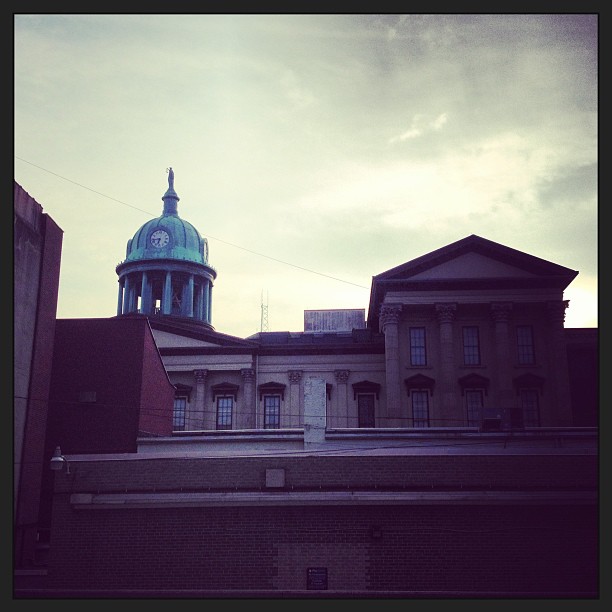 A Transplant, Twice Over.

I’m a transplant to Lancaster, twice over.

The first time was in December 1984, just a little over a year out of college. I packed up my ’67 Chevy Impala with all of my earthly possessions. I was moving into town to work at radio station WLPA, which at that time was across the street from Watt & Shand (now the convention center) on South Queen Street. My interviews were on the phone, so I had never really seen the city. My impression of Lancaster had been informed by one or two childhood visits to Strasburg and the touristy areas east of the city. Like most outsiders, visions of buggies and Amish farmers filled my head.

Instead, I drove south on Prince Street late at night, stunned by what seemed to me as little more than a glorified ghetto. Rundown houses and vacant buildings greeted me. And all I could think was, “What have I gotten myself into?”

I quickly learned that Lancaster was a rather diverse city, with large Hispanic and Asian populations. At the time, it was also a city in decline. Or a city that had declined to it’s lowest point in decades in terms of population, development, and culture. When I would wander out of the radio station for lunch, I might head a half block south to Southern Market, or a half block north to Central Market. Or even a few steps further to the very first Isaac’s restaurant. Other than that, I rarely ventured more than two or three blocks. There was no reason to, unless I was covering a major news story, such as the murder of a couple in an apartment behind a typewriter repair shop on the 800 block of N. Queen St.

I worked in the city for just a few years before leaving for State College and then New York City. I never got to know the city of Lancaster during that time, because quite honestly, there wasn’t much going on. I have vague memories of a few things, but like many others, I lived out in the county, and did most everything out in the county.

I regret that, but I can’t change history.

Fast forward to 2003 and I returned to the area to work at a nonprofit out in E-town and lived out in that area. As a newbie to Lancaster County, I was warned that outsiders are always outsiders. No matter how long you live here, you will be looked at as an intruder. A transplant who didn’t belong. And to some degree, in the circles in which this organization functioned; the realm of  overly-homogeneous upper middle class white suburbanites, perhaps that was true.

While living in the far reaches of the county in E-town, I discovered that there was a fear, or at least suspicion of the city. People didn’t often travel into the city, unless they worked there, or maybe went to a Barnstormers game. It certainly wasn’t a destination for most people I knew. But with a job change in 2007, and more of my time being spent in the city, I fell in love. This was not the same Lancaster city I lived in more than 20 years ago. Population wise, it is only a bit larger, but it is even more diverse than ever. Whereas being white in the surrounding county made me just like everyone else, here in the city I am in the minority. And I like that.

But even more exciting to me is how everything seems to flow together nicely in the city. This city is a hotbed of culture: from music and art to theater and food. There is so much going on in such a small city, that it’s often difficult to know which event to attend. When I look at the friends I’ve made over the years, and how that’s reflected in my Facebook news feed, I’m shocked at the diversity, and not just from a racial standpoint. Politically, my friends range from about as far left as you can get, to as far right. And yet it works. I have friends who are atheists, and others who are evangelical Christians. And it still works.

Within the culture of this city we all call home, we find common ground. We can enjoy the same music, the same movies, and the same causes.

And surprisingly, I would bet that as a transplant to Lancaster, I’m no longer a minority. I don’t fear the city; I love it. I feel accepted, and despite what others have said, I don’t believe that we (transplants) are always treated as outsiders. When we gather at places like Lancaster Central Market or Tellus360 (my place of employment), there is an energy that builds. As we walk the streets on a First Friday, Transplants and natives walk side by side, and coexist. Happily. This is a city that values collaboration over competition.

There is no us and them. Lancaster is a city of Transplants.

When someone receives an organ transplant, something foreign is put into their body. But if that transplant takes hold, it is no longer foreign. With each passing day, the new organ becomes an actual living, functioning, important part of the new host body. And at some point, you can no longer discern the difference, as it becomes a fully integrated and integral part of the body. And that’s who we are as Transplants. We are who we are, bringing our pasts with us, helping to create Lancaster’s future.