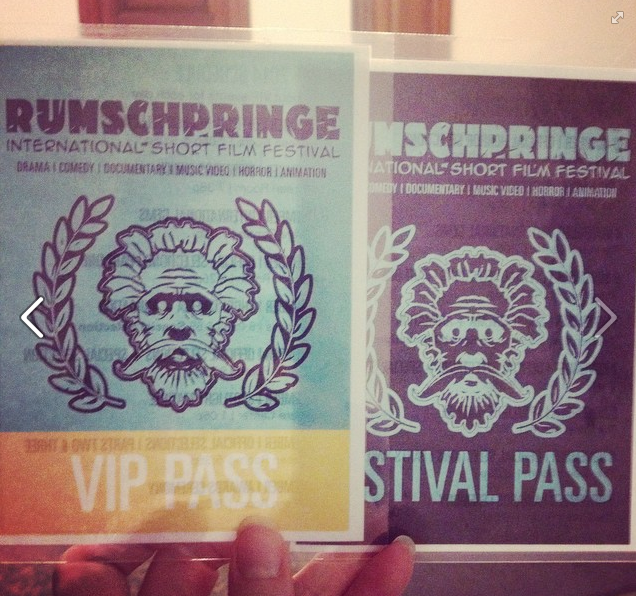 Rumschpringe is one of Lancaster’s hidden gems.

In June we signed on to help plan and promote this year’s festival. I wasn’t quite sure of what we were getting into, but as the months unfolded and the films were submitted, I began to appreciate what Rumschpringe’s founder, Michael Hoober, had started here.

In his own words, he describes this festival..

[blockquote text=’The Rumschpringe International Short Film Festival supports the global independent digital film community by offering a competitive and juried film festival to inspire and motivate filmmakers of all levels to showcase their talents. Rumschpringe endeavors to make Lancaster, Pennsylvania, an annual destination for short film aficionados to commune upon the best of this contemporary and accessible art form. We borrow the word, rumschpringe, and its spirit, to jump around, claiming its essence — it is Lancaster’s Film Festival — knowing that film is an extremely effective way to bring new ideas to communities.’ text_color=” width=” line_height=’undefined’ background_color=” border_color=” show_quote_icon=’yes’ quote_icon_color=”]

On Saturday, Novemeber 1st, we were privy to the Director’s Choice, a selection of favorites from this year’s festival. Admittedly, I find it hard to sit and watch short films one after the other, but there were a few that particularly struck me.

Let’s begin with the setting: The Green Room Theatre at Franklin & Marshall College. It’s a retro theater with a touch of the 70’s that is mostly uninhabited all year long. It’s everything you’d expect from an old college theater before F & M built a new-and-improved version. For me, there’s just something about slipping into a seat with those weird velvety seats, squeaking with age as your weight gravitates downwards.

The films began to roll on a quiet, cold and blistery night.

I missed a few short films at the beginning, which is incredibly easy to do when they are only a few minutes long, but the first one I caught brought a tear to my eye and a heaviness to my heart. Friends Like Mine was uncomfortable to say the least. The main character, Lewis, was an endearing loner, his friends were mannequins he prepares meals for and had found comfort in. I can tell you that my heart sank and tears formed when he left his comfort zone and went on a blind date. Just beautifully done, it resonated with the weirdo within me, someone who tends to prefer non-verbal companionship in certain moments, i.e. animals or babies.

The next film, Diane and I both agree, you know, like Siskel and Ebert, or maybe more like those crotchety old men in the muppets, that we both want to steal a small French girl for our own. Dad in Mum starred sisters who were entirely too well versed in the actions of their parents behind closed doors. Cute, funny, and at times it made you question whether or not you should be laughing about what was happening on screen. But we were all children once, weren’t we?

The last film, Lobster’s Cry, follows a young Russian soldier when he returns from war. His family welcomes him home with open arms, but they soon begin to see someone they don’t recognize. A brother, a son, someone who has an emptiness in their pale blue eyes. You just want them to be happy, to be healthy; for Boris’s sister Natalia to finally love and recognize her brother. The ending left a silence throughout the entire theater, a heaviness that lingered in the air long after the credits ended…it was spectacular. 30 minutes. Only 30 minutes.

At the end of the films, Michael Hoober joined the audience. I hadn’t seen his passion for these films before, the twinkle in his eye at the potential of having an international short film festival here in Lancaster. (There’s some Homegrown films in there too, and it’s fun to point out what was filmed where, or who you see in real life walking down King Street.) He loves it and it’s apparent when you catch him, when you have time to listen. He watches every film submitted, save for the horror as they are not his cup of tea. But he watches every single one. Hours and hours of film. Dedication to an art form he appreciates and supports.

I think I’m a fan of Rumschpringe for years to come, simply for the energy of the founder and the idea of having something so fantastic and full of potential brooding just under the surface here. The fringe is where it’s all about, why not throw a frickin’ festival.

Learn more about the seventh year of Rumschpringe | Click Here

(Note: Although we are helping with this year’s festival, we were not paid to write this post. I wrote it because I thought you all should know how awesome Rumschpringe is.)