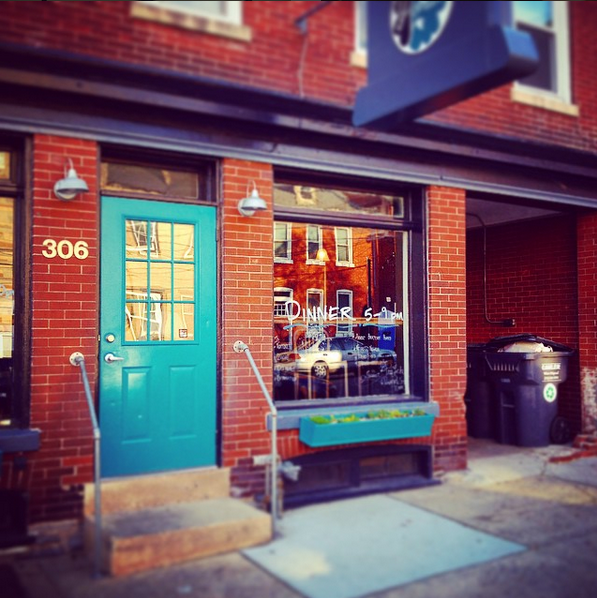 **** AND ****. I rolled up to Flora‘s with my boy because I had a hard day and wanted to treat myself to a nice meal. I ****up, bruh. We got a sense of how much was on the menu and just got one of each because it was Tapas Tuesday.

The meal here was the gustatory equivalent of a Prince song: sensual, intense, accessible, and somehow risque, even though you’re not sure why (maybe because that much pleasure must be wrong?). It was over in a flash, and I found myself leaning on the corner of the wall, not because I was too full, but because my balance was lost. All lower functions of my brain had to be dropped so that I could focus more on the tastes I was tasting.

The first thing I ate was a piece of plantain. It was snuggled up to a piece of sausage, and both were a similar red that made it a nice surprise when one red piece was sweet and starchy, while the other was salty and juicy. All of that under a sunny side up egg.

There was a tower of what I think was potatoes, what Serrano thinks was yucca, served next to tomato-y fish in a way that tasted very spanish. The fish flavor was unabashed, and you could sorta spread it on a chunk of potato (yucca?) like a topping. There was a pork chop under basil pesto that was so zesty and delicate I thought it was fish at first bite.

There were many good things, but last came the Lamb on a Cake. I took a bite and fell sideways from the sheer strength of the lamb flavor. Lamb. LAMB. The lambingest lamb that ever lambed a lamb. That **** was criminal. It was pornographic. The lamb was slow cooked or something until it was basically pulled, and it seemed to spread out in your mouth. I felt like I had taste buds all over the place, on my teeth, on the roof of my mouth, my lips. It’s like every time I took a bite I went blind with severe Lamb. Leave the children at home. don’t go here on a first date unless you are both *****. This place is deep. This is for people who are already comfortable seeing each other reduced to spineless puddles of gastronomic sin.

Decor was weird in a very good way. Tables on the wall are a big plus. Space was somehow open and small, yet with enough space that I didn’t feel overheard in my food-enjoyment-noises, nor was I exposed to those of the other patrons. No relevant downsides.

Lancaster, if this place is closed in a year, it is not Flora who has failed, it is you who have failed Flora.