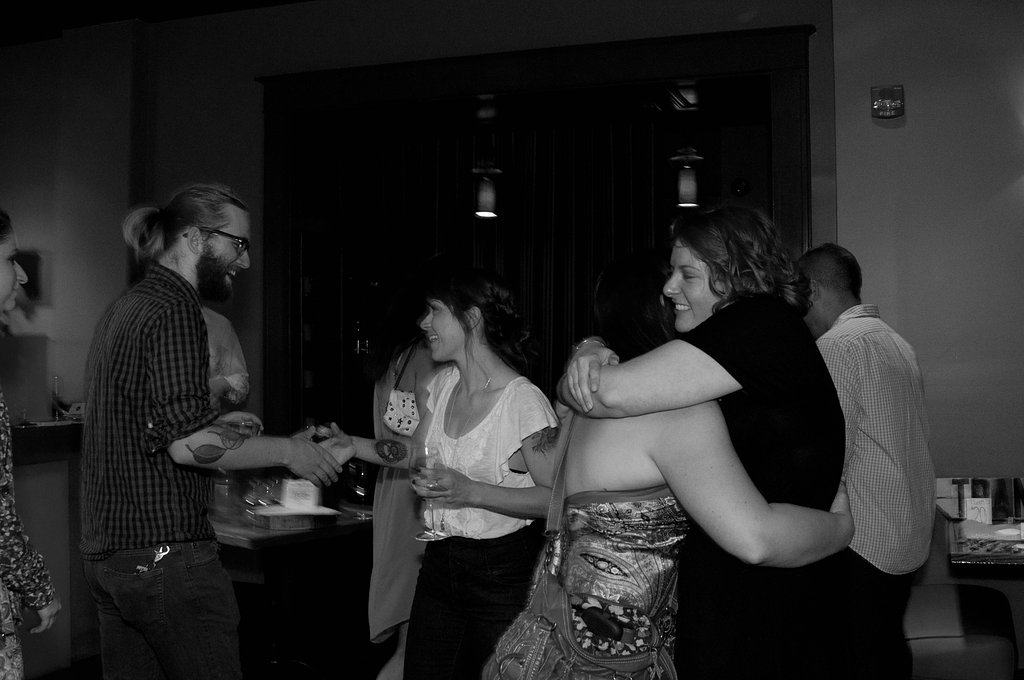 I Dare You To Be Different

Most of the time, when you’re a new person in a new place, you’re always different. You can cut your hair, you can buy new clothes, you can drastically alter your face, but you’re still the same person inside. Sorry, it’s true. No matter where you move or what you do, you bring every bit with you. Often times this can make you feel out of place, but it can be like a breath of fresh air in a stuffy room.

Traditions in your new home are probably the hardest thing to learn. From greeting one another, to using utensils to whatever the taboos in your new environment are; there’s a lot to consider. All I can say is: Take it in stride. I’ve cut my hair, changed my clothes, developed an accent, all just to fit in. But really, all that trying to be someone else only prolonged the cultivation of who I was then and who I am now. (And that’s the fun part.)

I look back rather fondly on all the things I messed up, all the things that could be chalked up to being a foreigner in a foreign land. Sometimes I laughed and other times I wanted to die…

Learning the appropriate way to greet someone in a new location or culture always proved troublesome. Do you ever notice that we Americans LOVE our space? We shake hands firmly at arm’s length, we have “personal bubbles” and we can be rather stiff. In Italy, I had to master the two-cheek kiss. Look, everyone greets with a kiss there, left side first, then right. Often times I’d mix the two up and kiss a stranger awkwardly close to their lips. But we always laughed, finding a common language to bring us closer together.

In Australia, everyone hugged. EVERYONE hugged and kissed. One fine friend even kissed you right on the lips if he really respected you…REALLY respected you. Often times this would leave to complete misconceptions on my part, mostly due to my American uptightness. I mean, beautiful Aussie boys and girls hugging and kissing all day long; wonderous! For awhile I thought I had a lot of suitors…. a lot. But then I realized Aussies hug and kiss as much as I do. When I returned home to Media, I brought all the warm and fuzzy greetings I had learned to my American friends. I think THEY thought I was in love with everyone. Honestly, I couldn’t win back then, but I truly believe now I can win anyone over with a warm Aussie hug and a misdirected Italian kiss.

Now eating, yes, this is a thing. I mean, different cultures have different foods and you take a while to adjust to local fare. In Lancaster County we have pork and saurkraut and whoopie pies. In Philly it’s mac ‘n’ cheese and cheeseteaks. Australia has meat pies and beer. Italy has ficoccia and wiiiiiiiiiine. But what I mean by eating is how we actually do it: Food enters mouth. Chew. Repeat.

In Australia, I was mortified to learn that the way I ate was totally wrong. A few weeks after I landed on Australian soil, I had dinner with two Aussies and an American. One Aussie leaned over to the other and said, “Look at those silly Americans! They don’t even know how to use a fork and knife.” I was mortified, I was confused, and I was subsequently told that we Americans “shovel” food into our mouths. Ew. So for the next two years I tried to retrain myself into eating like an Aussie; like a civilized human being. Knife in one hand, fork in the other, I’d usually fumble and drop both or cross and tangle my silverware together. It was a mess, but I wanted to fit in. Have you ever really thought about how you eat so hard you forget which way is the correct way? Yeah, me too.

These days I’ve dropped the proper way and just give in to my shoveling nature. At least I’m alongside my fellow countrymen and women.

You know, this concept always goaded me. It always caused me to struggle a bit, to change my physical appearance to “fit in.” We do this in adolescence, when we’re trying to make friends and be popular. No one wants to stick out like a sore thumb, be pointed at and deemed different. But guess what? Some people will be attracted to you because you are different.

We fit in when we’re being ourselves, it’s as easy as that. I fit in as I sniffed cheeses in the supermarket in Italy; right alongside an older woman doing the same. I fit in as I started fire after fire in the Outback while perfecting my stargazing technique. I fit in as I gobbled my first whoopie pie at Central Market.

So my advice is simple: You will find your place as time passes, just be willing to be laughed at and have some mishaps along the way.