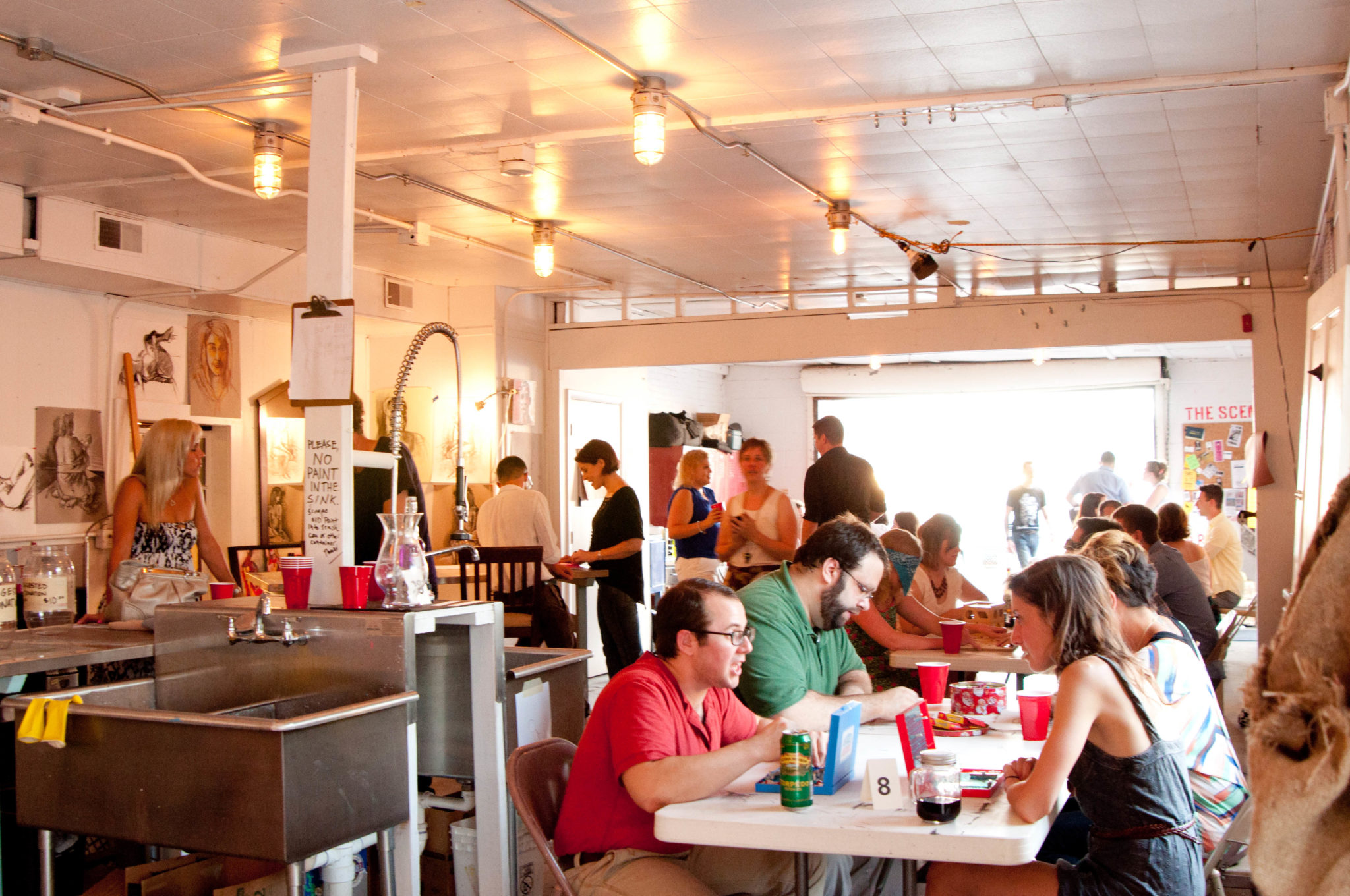 Speed dating is such a weird concept, but for whatever reason, it spoke to me. A few months ago, my friend David and I had joked about hosting a speed dating event with cats (I’m not even sure I can put that into context for you) , and low and behold, the concept of Awkward Speed Dating was born.

How can speed dating be even more awkward, you ask? Well we took on the challenge. Normally speed dating takes place in bars, with couples chatting for a few minutes before one gets up and moves to the next table. This to me seemed counter-intuitive. How do you really get to know someone, especially when you’re asking the same questions over and over?

So we decided to do something a little different. After conspiring with Aaron and Diane, a night of awkwardness was planned, filled with exercises that incorporated essential skills to any relationship: Competition, collaboration, intimacy, domestic harmony and the like. Stations were set to include Battleship, blind contour drawings, coloring, washing dishes and poetry. We asked The Triangle to lend their literary expertise, Aaron of Fulton Street Arts Co Op to lend his artistic knowledge, and Alaina of Ecstatic O to push people out of their comfort zones.

So what were the results? Were there any love matches? Will Transplant be receiving any wedding announcements? I’m not sure, but I can tell you about participating in the awkward mayhem…

The night began with mingling, singles walking around the carefully planned stations, each with a prompt that asked them to collaborate and create, relax and get to know one another, or wash dishes together. As an organizer, I had already assessed which stations I’d be most excited about or interested to see how my partner would react. Mostly, I was looking forward to playing Battleship. After intros and drinks to loosen the nerves, we began. With the blow of a whistle by the lovely Janae, the evening of awkwardness began.

The first station was the hardest, due to the nature of the activity and the energy between my partner and I. We were blindfolded, grazing hands and arguing while trying to solve a puzzle together. I was uptight, unnerved and trying to relax. I couldn’t imagine what the next station would be like…

But by the third station, the eagerness and excitement of the evening took over. Each passing interaction became more and more fun, opening me up and letting my personality shine through. My favorite station was blind contour drawing, my partner and I were able to draw one another, talk, laugh and I was dubbed a drawing ninja. My close second was the poetry station organized by The Triangle, partly because it was fun and partly because my date was a friend who I apparently share a terrible sense of humor with.

As the evening wound down, there were many things that became apparent:

So with that, our first Awkward Speed Dating event was a success and will pave the way for getting to know more interesting people in Lancaster, whether it was a love connection or not.

Thank you to the Fulton Street Arts Co op for hosting us and The Triangle for providing us with some literary gold. Erin, of The Triangle, wrote a post about speed dating, so be sure to check it out, here.