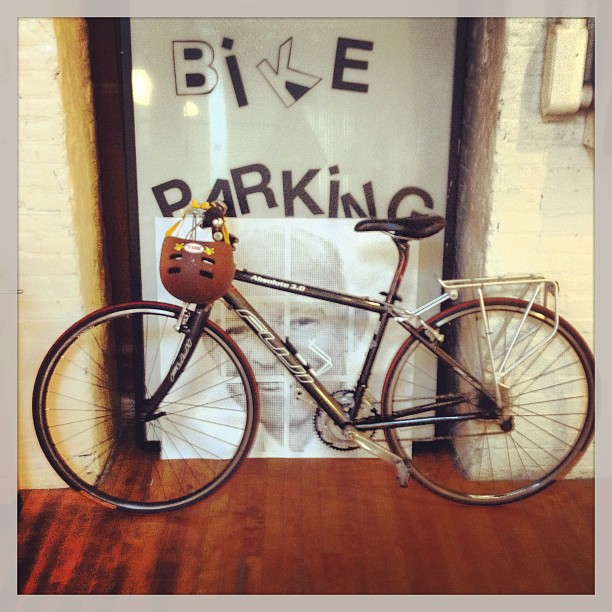 “But what about bikes!?” I wanted to yell at the mayoral debate in Lancaster just a week before the election.

I heard about what businesses were currently in and not in the CoreSource building, I heard how many Lancaster entities do or do not contribute to taxes in the city and I also heard how many times a mayor may or may not pick up the phone when you call him…BUT WHAT ABOUT THE BIKES?

It’s no secret that while a city thrives because of a variety of people working together, getting young people attracted and invested in your city is a great way to plan for the future and to be able to make real necessary changes that will allow a city to grow with the times.  Earlier this year, new census data showed that cities are growing in population much faster than their surrounding suburbs, a trend that was not always the case. The suggested reason? Younger people aren’t just moving to cities temporarily when they get out of school, they’re staying there long term building their life, careers and families in the city.

But there were several issues important to me and my fellow young city-living Lancasterians that were not addressed at the mayoral debate.  A big issue being a larger opportunity to ride your bike in and outside of the city. This is just one of the many issues some of my fellow young city-living Lancasterians and I would like to see a change in over the next couple years.  Bike lanes, bike racks, signs to educate drivers about bikes, and activities focused around city bike riders would certainly help. One of my favorite things about living in the city is when I get to park my car on Friday and not move it until Monday morning. But it’s the work week that really puts a cramp in my city living because I only live 3 miles from my work on Manheim Pike. What could be a quick bike commute to my work isn’t and instead is a 15 minute car ride.  What if I could park my car and not move it…ever. Well if you ask a young professional living in the city I bet most of them would tell you that would be a dream come true.

Not only would allowing more opportunity for bikes decongest some of the city traffic and parking, but it doesn’t hurt to have a few less exhaust pipes on the road and a lot more physical activity in our lives. So what, I ask are the candidates, are the mayor’s plan on bikes?

Don’t get me wrong, I know companies paying taxes and bringing businesses into the community are important, after all my dad was on the panel at the debate asking the economy questions, but he’s not young (Sorry Pops!) and although he spends the majority of his time in the city, he lives in the rolling hills of Conestoga…not exactly a bike-friendly landscape.

So what else is not only going to bring young professionals to the city, but keep them here? Well I asked some of my city-dweller friends and a lot of them had the same concerns.

1. Bikes (I think we’ve already addressed this, but don’t put it past me to bring it up again…and again)

2. Safety : Lancaster is really rocking in the restaurant and bar business lately. It’s great to have so many places to go within just a few blocks. The concern for me and my friends is what happens when we go back to our city homes and venture away from the restaurant “district”. We’re the responsible ones who aren’t drinking and driving and yet it has the potential to be just as dangerous walking a few blocks home than it does driving a few miles. We’d rather see police presence during these times than have to depend on a fast response time after something happens; better lit streets and cameras don’t hurt either.

3. Housing: I’ve lived in the city for three years now, in three different apartments and they’ve all been great, but I usually stumbled upon them by knowing someone who knows someone who had an apartment opening up. What about those new to the city? How can they find themselves, safe and affordable housing? How about an incentive for young people to move into the city and buy and rehab a home?  In the past five years several condominiums have been built that cater to ages 55 and above, but what about 25 and above? Put a gym and a coffee shop at the bottom of the building and business will be booming in no time.

4. Business Hours: Being able to walk to downtown shops is definitely one of my favorite things about my current location. But by the time young professionals get home and we feel like going out again, it could be as late as (gasp!) 5:30…and everything is closed! I understand that it might not be feasible for downtown shops to stay open late every night of the week, but on First Friday, when there’s thousands of people flooding the streets, it seems crazy not to! And maybe just one or two nights a week they could be open until 7, I mean would that be so bad? Maybe the future mayor could discuss this with downtown shop owners, the incentive being more customers!

I know it’s easy to disregard the opinions of us young folks, maybe it’s because we always have iPods in our ears, but we’re listening to what’s going on in our city. We still have something to say to our elected officials. Because we love our city and we want to love it in 20 years too, when we’re in our condos with a coffee shop on the first floor, and when we’re going down our safe streets…on our bikes.