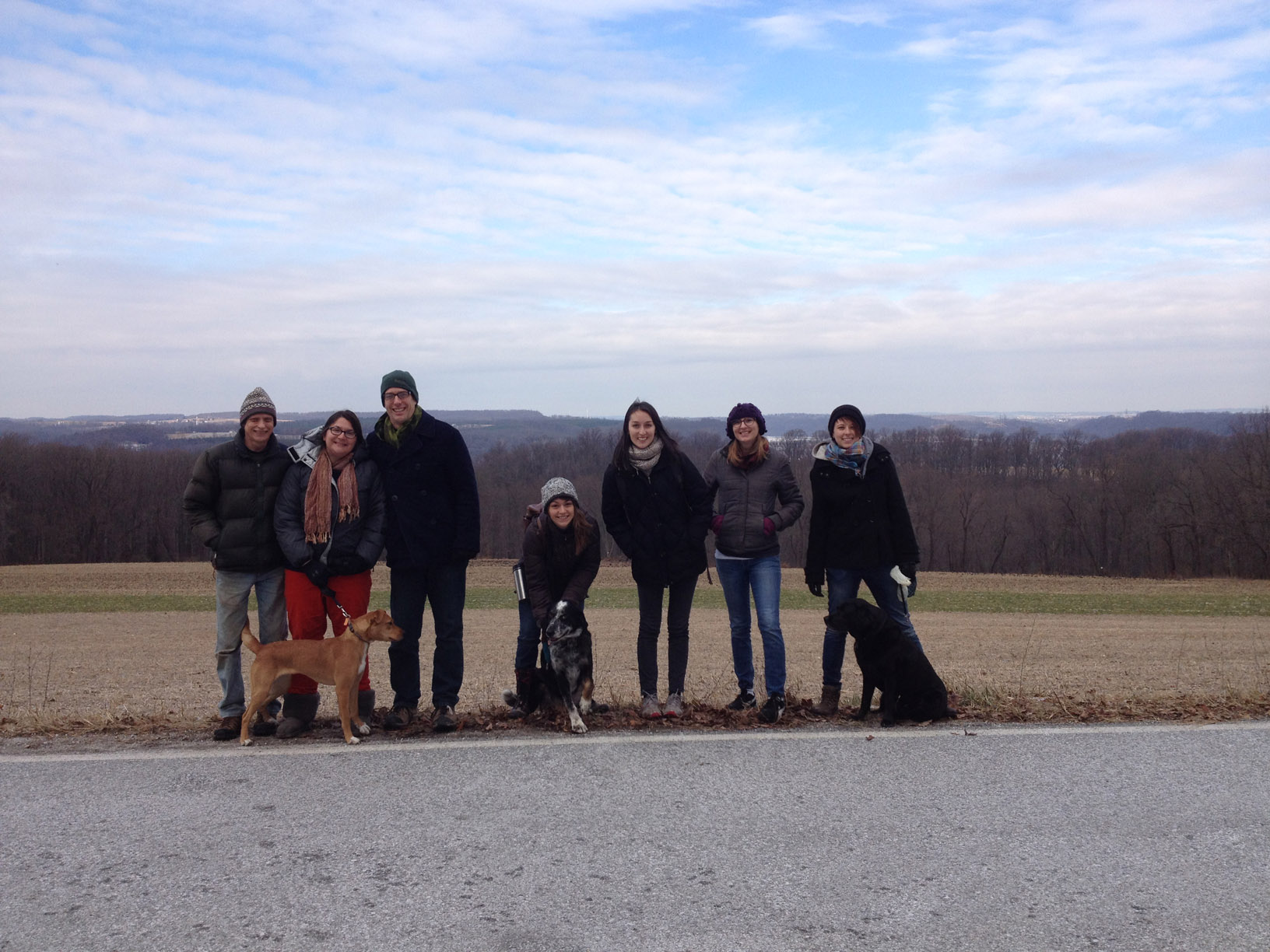 Yesterday a few of us made the decision to brave the cold and take a long hike together. Lancaster Transplant invited friends to Come Hike With Me. Our destination: House Rock. A Local once showed me this outlook, and since then I’ve been back a few times to revel in its beauty. Yesterday I wanted to share this place with others, Locals and Transplants alike.

Joined by three of our canine friends, we set off through the fields towards our destination. At first glance, following the blue markings seemed the safest bet. However, there were two routes to go, and we chose the trail towards the left. Up and down, crossing through streams, hopping over fallen trees, we followed one another through the forest. The woods were barren and beautiful, the blue blazes appeared brighter and easier to follow.

Halfway through the 1.4 mile loop, there was a fork. Head right to climb upwards towards House Rock, choose left to head towards Tucquan Glen. We now found ourselves on the Conestoga Trail, taking in the view as we walked. Along this bit we had plenty of places to stop, to breathe and to get a glimpse of the Susquehanna River. We snacked and refueled, eager to reach our destination.

Not long from the first vista, we found ourselves at the base of the massive rock we had been searching for. We climbed upwards, dogs first, interrupting a couple perched on top. We assured them our dogs were friendly, and they laughed as they received enthusiastic canine kisses. As they said their goodbyes, we all turned our eyes to the view.

I can admit I was exhausted at this point, having spent the past few weeks hibernating, so House Rock lent itself to regaining energy and sharing of snacks. From this vantage point you can see the mighty river, its span and the land beyond. It’s refreshing to be so small.

While we sat atop the rock, another couple joined our group, pleasantly surprised that others had ventured to this place. The new visitor explained to me that not many people know of this vista or the surrounding trails, that it’s relatively untouched, lending itself to being a spectacular spot to spend some time. He advised us that Cold Caves was just around the bend, just follow the creek and up the trail.

The translation of this addition to our hike, after a brief poll of attendees, was lost within the woods, as we trailblazed through brambles and across the mountain side. (To reach these caves from House Rock, simply follow the creek around the bend and pick up the trail from there.) By persistence alone we reached the first rock formation that was made of nooks and crannies that housed icicles galore. Only momentarily distracted, we continued onward.

Finally, after some consideration of whether or not the previous formation could have housed these caves, we found them. We had found Cold Caves, the wondrous and welcoming cavern. As we made our way to find an opening, a few hikers tucked themselves in small crevices. The air was warm, a welcoming feeling to our chilled state. The spirit of adventure was revived.

Walking towards the entrance, the walls slick with ice, we carefully picked our way inward. As our eyes adjusted, I noticed a light shining from within the caves.

There were people already inside, so far inside it seemed. We pushed onward, careful not to disturb them, but curious to see where they were.

About 30 feet in, our fearless leader, Naomi, reached the point of no return. Either we climb over a rock wall and descend into the icy, deep unknown, or turn back and find our way out into the light. Although others before us had been more adventurous, we decided to save it for another day, when the ice was melted and the weather was warmer.

An afternoon with friends, an adventure to be shared, new places to be discovered. This hike ends just how it begins, with open fields and blue skies. Until next time.

Thank you to all the friends that joined: 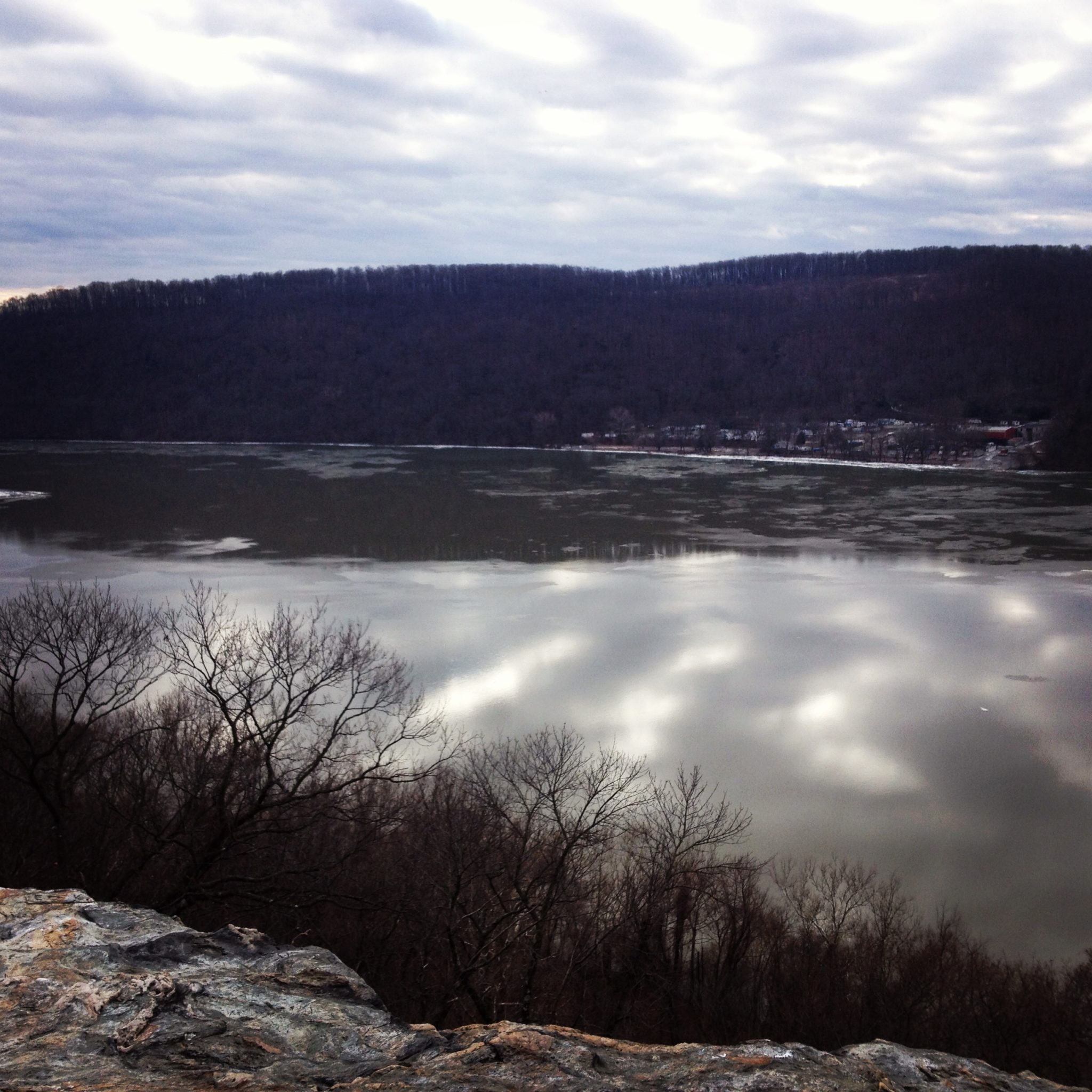 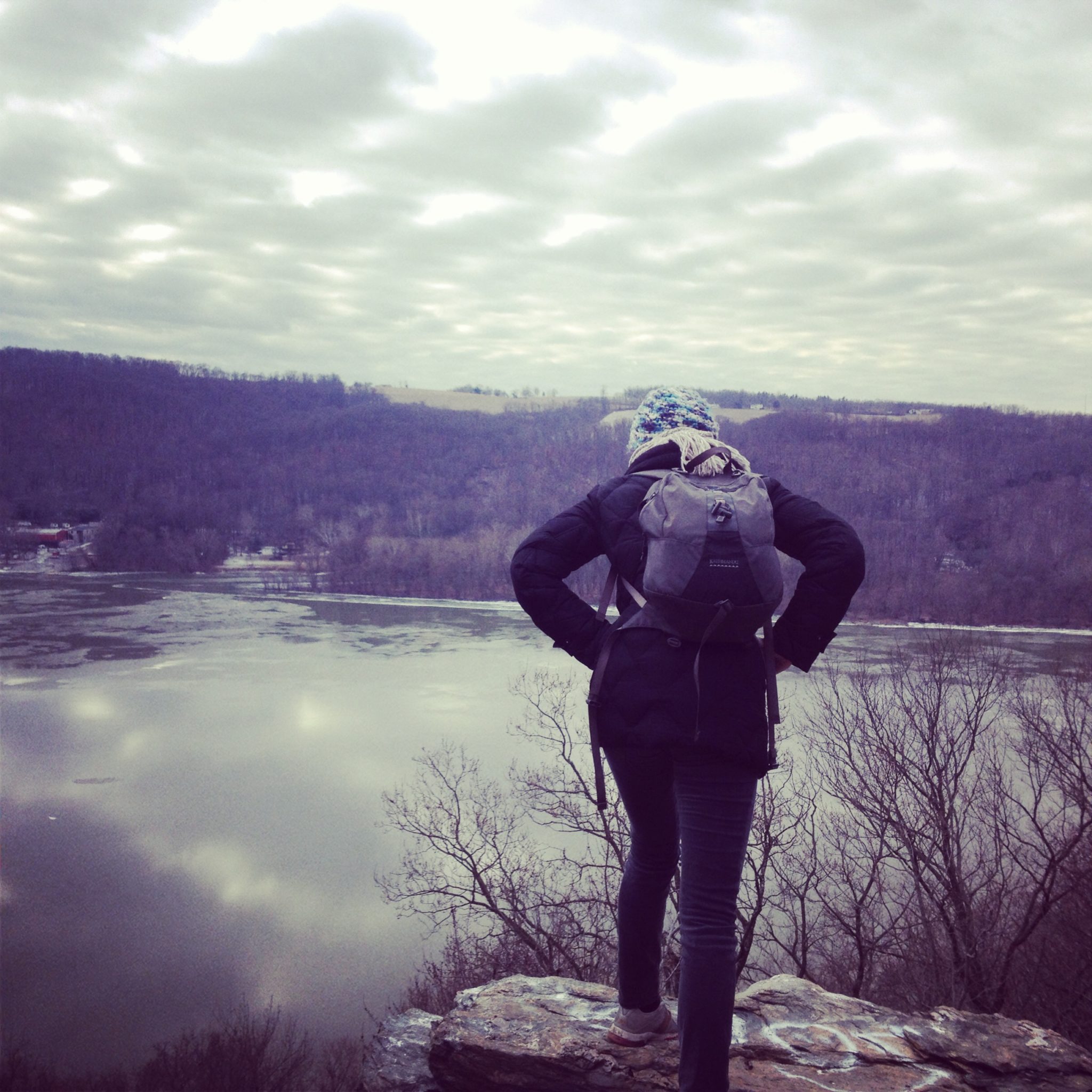 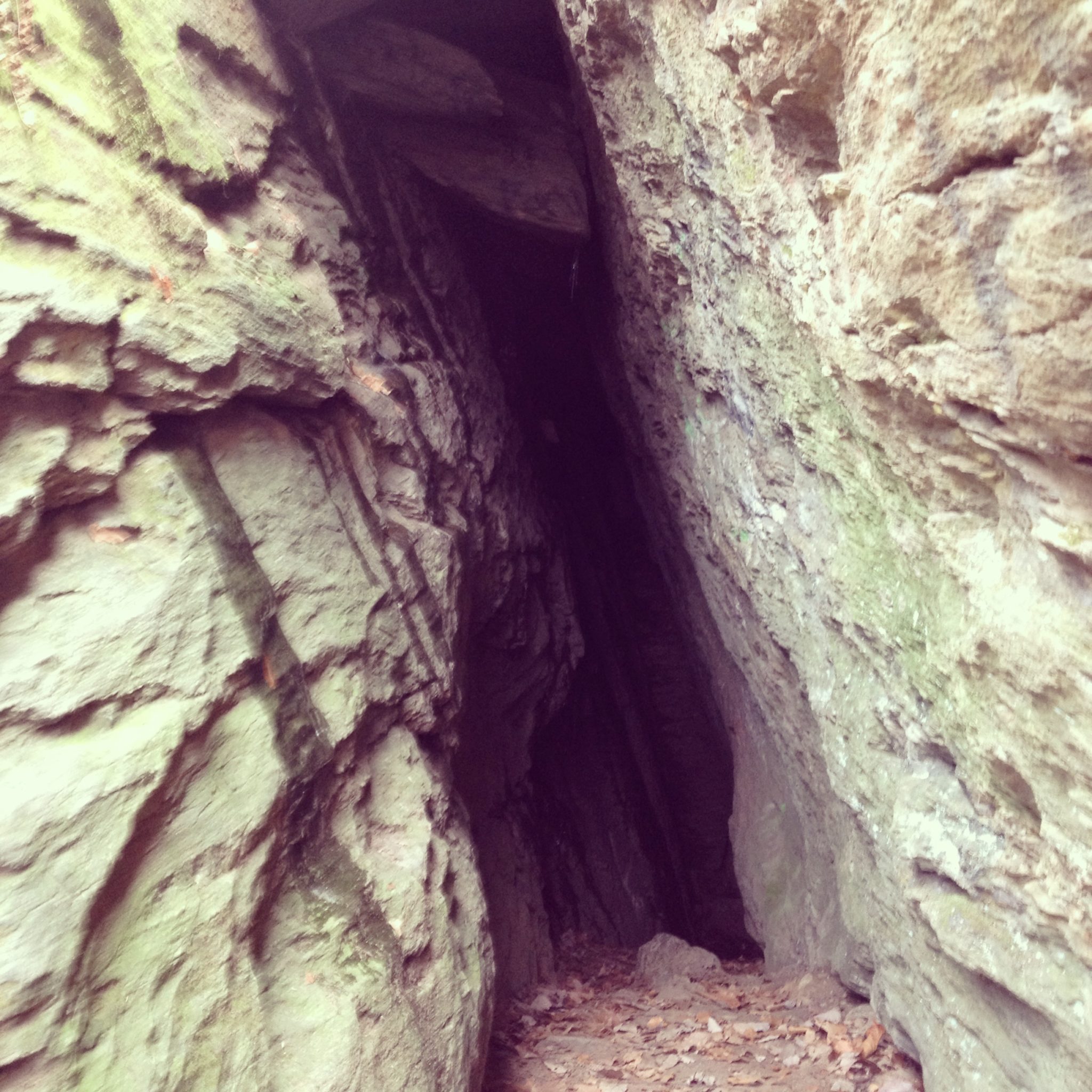 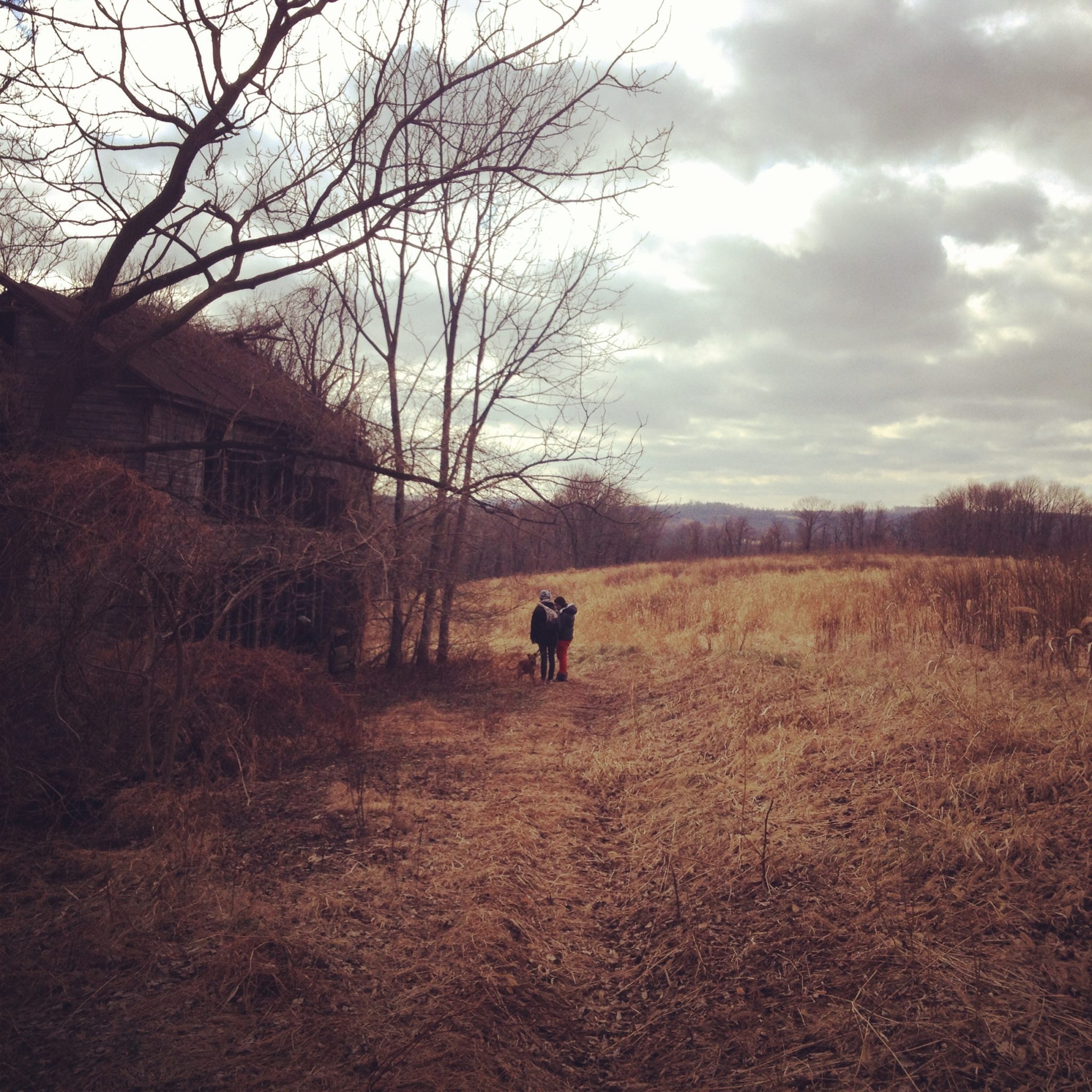 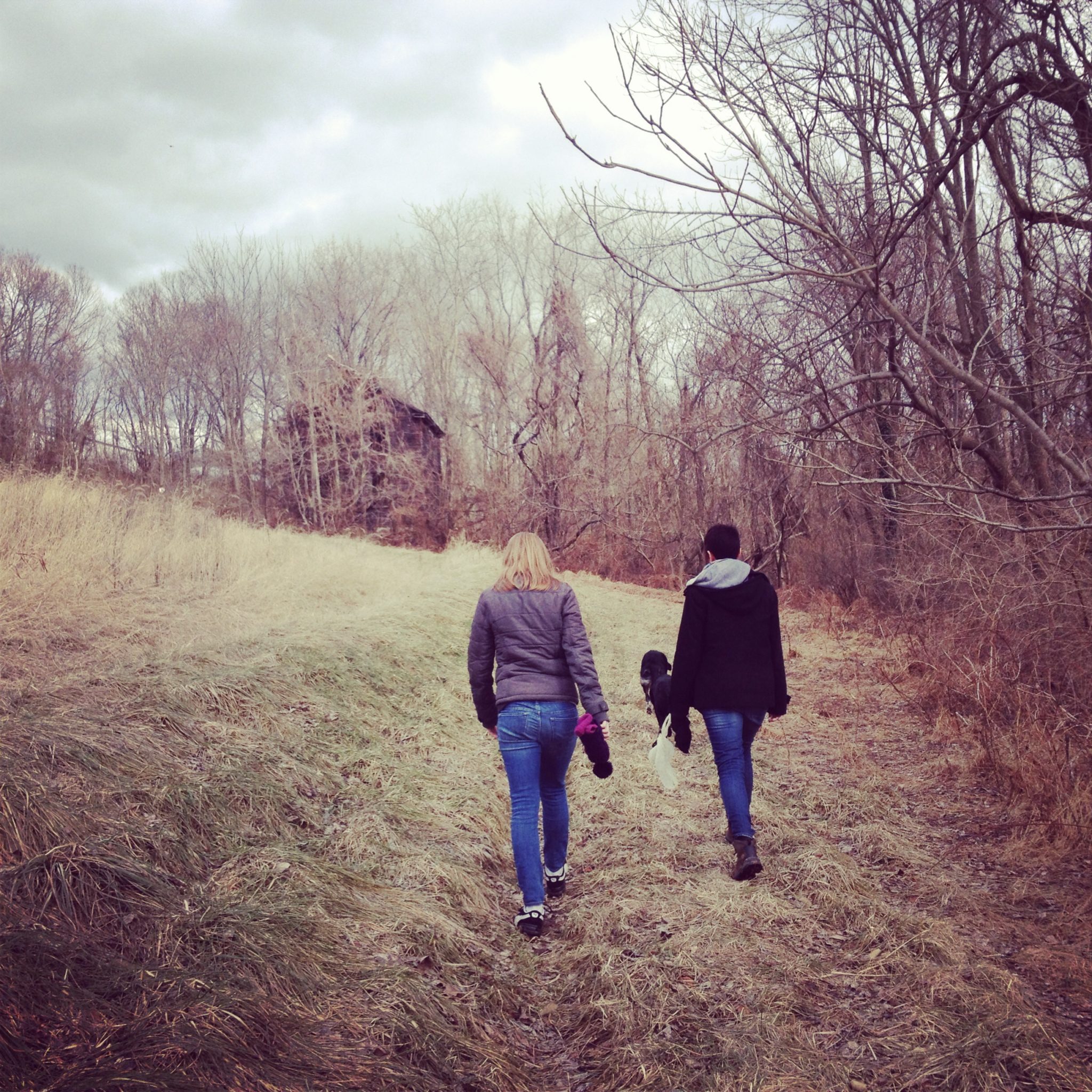